Bangkok, Thailand-Questions of many Filipinos both OFWs and tourist who want to visit Thailand is, will Philippine government issue a travel ban to Thailand for its citizens amidst the ongoing political crises in the country?

After the proclamation of Martial Law (May 20) and Coup (May 22) in Thailand, some countries like Israel has issued travel warning to its citizens who are travelling to Thailand and those who are already in the country. Thailand, the land of smile, is also one of the favourite travel destinations of Israelis like the Filipinos.
Of more 20, 000 Filipinos in Thailand, mostly working as OFW, the Philippine government (DFA) has already issued an alert (no. 2) to warn Filipinos to be safe while in the country and, for the worst scenario, to evacuate to safer places. (Philippine Star News) 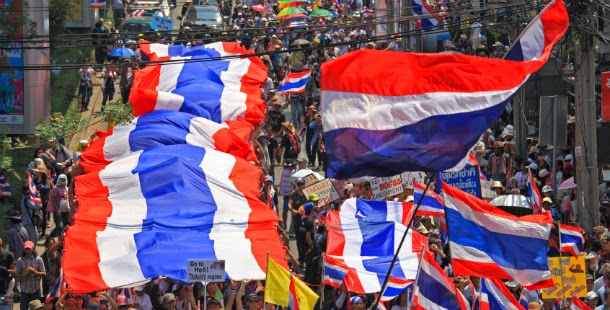 So far, there is no confirmed and official update about travel warning to Thailand for Filipino tourists but for those who are newly hired OFWs bound for Thailand, there may have a little inconvenience as POEA and DOLE may not allow them from coming to Thailand as the situation in the country is still unstable.
Visiting family members of OFWs in Thailand are also worried to be affected by this latest travel advisory from the Philippine authority.
Tags: Martial Law Thailand update, martial law travel ban, Philippines ban travel to Thailand during martial law, Thailand Martial law 2014