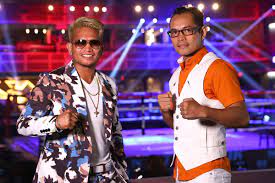 According to the 38-year old champ, Casimero’s camp delayed to submit the necessary VADA requirements for 5 days. They only did so after Nonito cancelled the fight.

Just last week, the unification bout between the two Filipino warriors was announced. It could be a very great day for boxing. Fans and some analysts say this could go the either way. The winner would clearly get the chance to meet the WBA and IBF title holder Naoya “The Monster” Inoue. The scheduled bout is supposed to take place on August 14 in California. Now that Nonito Donaire released this shocking change of plan, we could say his eyes are now fixed on that possible rematch with Inoue. However, John Riel Casimero team still insists the fight should go on as planned.

Let us just wait for more updates on this.