Paul George erupts for 41 points to extend their series against the Phoenix Suns Tuesday morning, Philippine time. With the Clippers’ backs against the wall, Paul George displayed an electrifying performance. After finishing with just 11 points in the first two quarters, Paul George had 30 points on 3 out of 4 shooting from beyond the arc in the final half. He also had 13 rebounds and 6 assists in the game. 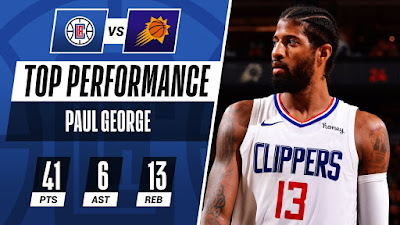 Reggie Jackson and Marcus Morris Sr. also contributed 23 and 22 points respectively. DeMarcus Cousins also did very well with 15 points, 2 rebounds and 3 assists in just 11 minutes of play. The series moves back to Los Angeles for Game 6 on Thursday, July 1 at 9 AM Philippine Time. Can the Clippers secure another win to keep their championship hopes alive?