Taal Island is covered with volcanic smog or vog which threatens the residents in the nearby area in Batangas, Laguna and Cavite this morning. 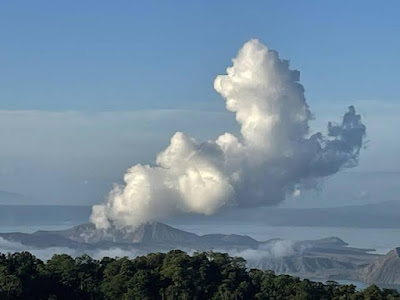 It is very acidic that may cause irritation to the eyes, throat, and nose.

People in the nearby town and affected barangays are advised to avoid direct contact with the gas and they must wear proper gear such as mask to protect themselves.