At least 45 soldiers were confirmed dead and another 49  wounded in the latest update of the PAF C-130 that crashed  in Barangay Bangkal, Patikul in Sulu yesterday, July 4, 2021. The plane was carrying  newly graduated soldiers, some of them were from the 4th Infantry Division (4ID) in Malaybalay, Bukidnon. 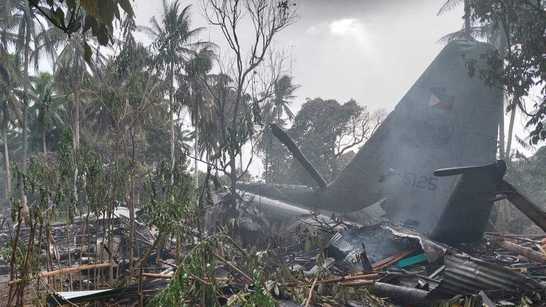 The said soldiers were new graduates and they were so excited to finally be deployed but unfortunately this accident happened when the plane missed the runway in Jolo. They were supposed to strengthen the government troops in Sulu against the Abu Sayyaf.

Except for the casualty on board the said C-130, news reports have also confirmed dead and wounded civilians who were in the site where the plane crashed.

According to Major Rodolfo Cordero of the 4ID, the casualty are going to receive full military honors