Preach the word! Be ready in season and out of season. Convince, rebuke, exhort, with all longsuffering and teaching.—2 Timothy 4:2. 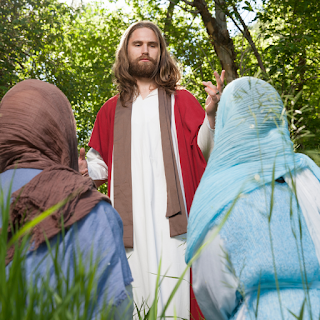 You have within your reach more than finite possibilities. A man, as God applies the term, is a son of God. “Now are we the sons of God, and it doth not yet appear what we shall be. . . . And every man that hath this hope in him purifieth himself, even as He is pure.” It is your privilege to turn away from that which is cheap and inferior, and rise to a high standard—to be respected by others and beloved by God.

The religious work which the Lord gives to young men, and to men of all ages, shows His respect for them as His children. He gives them the work of self-government. He calls them to be sharers with Him in the great work of redemption and uplifting. As a father takes his son into partnership in his business, so the Lord takes His children into partnership with Himself. We are made laborers together with God. Jesus says, “As Thou hast sent Me into the world, even so have I also sent them into the world.” Would you not rather choose to be a child of God than a servant of Satan and sin, having your name registered as an enemy of Christ?

Young men and women need more of the grace of Christ, that they may bring the principles of Christianity into the daily life. The preparation for Christ’s coming is a preparation made through Christ for the exercise of our highest qualities. It is the privilege of the youth to make of their character a beautiful structure. But there is a positive need of keeping close to Jesus. He is our strength and efficiency and power. We cannot depend on self for one moment. . . .

However large, however small, your talents, remember that what you have is yours only in trust. Thus God is testing you, giving you opportunity to prove yourself true. To Him you are indebted for all your capabilities. To Him belong your powers of body, mind, and soul, and for Him these powers are to be used. Your time, your influence, your capabilities, your skill—all must be accounted for to Him who gives all. Those use their gifts best who seek by earnest endeavor to carry out the Lord’s great plan for the uplifting of humanity.

Persevere in the work that you have begun, until you gain victory after victory. Educate yourselves for a purpose. Keep in view the highest standard, that you may accomplish greater and still greater good, thus reflecting the glory of God.—Messages to Young People, 47, 48.