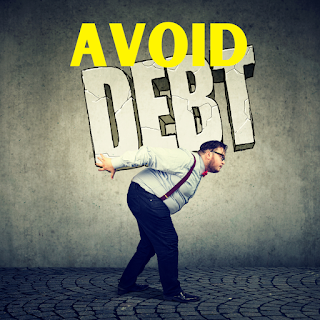 Owe no one anything except to love one another.—Romans 13:8.

The world has a right to expect strict integrity in those who profess to be Bible Christians. By one person’s indifference in regard to paying his or her just dues all our people are in danger of being regarded as unreliable.

Those who make any pretensions to godliness should adorn the doctrine they profess, and not give occasion for the truth to be reviled through their inconsiderate course of action. “Owe no man any thing,” says the apostle.

Be determined never to incur another debt. Deny yourself a thousand things rather than run in debt. This has been the curse of your life, getting into debt. Avoid it as you would the smallpox.

Make a solemn covenant with God that by His blessing you will pay your debts and then owe no one anything if you live on porridge and bread. It is so easy in preparing your table to throw out of your pocket twenty-five cents for extras. Take care of the pennies, and the dollars will take care of themselves. It is the mites here and the mites there that are spent for this, that, and the other that soon run up into dollars. Deny self at least while you are walled in with debts. . . . Do not falter, be discouraged, or turn back. Deny your taste, deny the indulgence of appetite, save your pence, and pay your debts. Work them off as fast as possible. When you can stand forth free again, owing no one anything, you will have achieved a great victory.

If some are found to be in debt and really unable to meet their obligations, they should not be pressed to do that which is beyond their power. They should be given a favorable chance to discharge their indebtedness, and not be placed in a position where they are utterly unable to free themselves from debt. Though such a course might be considered justice, it is not mercy and the love of God.

Some are not discreet and would incur debts that might be avoided. Others exercise a caution that savors of unbelief. By taking advantage of circumstances we may at times invest means to such advantage that the work of God will be strengthened and upbuilt, and yet keep strictly to right principles.—The Adventist Home, 393, 394.

Homeward bound July 10: Help One Another to Grow4 min read