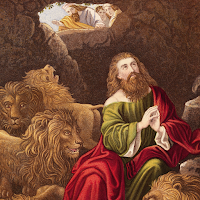 Who may ascend into the hill of the LORD? Or who may stand in His holy place? He who has clean hands and a pure heart.—Psalm 24:3, 4.

The same mighty truths that were revealed through these men [Joseph and Daniel], God desires to reveal through the youth and the children of today. The history of Joseph and Daniel is an illustration of what He will do for those who yield themselves to Him and with the whole heart seek to accomplish His purpose.

The greatest want of the world is the want of those men and women who will not be bought or sold, those who in their inmost souls are true and honest, those who do not fear to call sin by its right name, those whose conscience is as true to duty as the needle to the pole, those who will stand for the right though the heavens fall.

But such a character is not the result of accident; it is not due to special favors or endowments of Providence. A noble character is the result of self-discipline, of the subjection of the lower to the higher nature—the surrender of self for the service of love to God and to others.

The youth need to be impressed with the truth that their endowments are not their own. Strength, time, intellect, are but lent treasures. They belong to God, and it should be the resolve of every youth to put them to the highest use. The youth are branches, from which God expects fruit; stewards, whose capital must yield increase; lights, to illuminate the world’s darkness.

Every youth, every child, has a work to do for the honor of God and the uplifting of humanity.

The early years of the prophet Elisha were passed in the quietude of country life, under the teaching of God and nature and the discipline of useful work. In a time of almost universal apostasy his father’s household were among the number who had not bowed the knee to Baal. Theirs was a home where God was honored and where faithfulness to duty was the rule of daily life.

The son of a wealthy farmer, Elisha had taken up the work that lay nearest. While possessing the capabilities of a leader among men, he received a training in life’s common duties. In order to direct wisely, he must learn to obey. By faithfulness in little things, he was prepared for weightier trusts.—Education, 57, 58.

Homeward bound July 10: Help One Another to Grow4 min read