As the issue between Pacquiao and President Duterte heated, the Senator asks the President to calm down and he is willing to cooperate with the government regarding corruption issues. 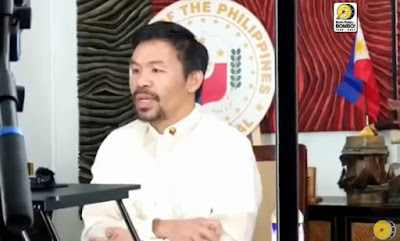 In his briefing yesterday, Senator Pacquiao mentioned that is it not his intention to provoke the President. The senator also urge the President to calm down after the heated issues between them.

He assures the chief executive that he is does not want any conflict instead he wants to collaborate with the government in its campaign against corruption.

Pacquiao totally understands the president’s reaction over the corruption issue, which he is also concerned about.

Despite the hot issues that may divide the party, Pacquiao said he still remains PDP-Laban.