A total of 52 , including 49 of the 96 passengers on board PAF C-130 plane that crashed in Jolo, Sulu last Sunday, July 4  died according to recent reports. Among those were three civilians on the ground. 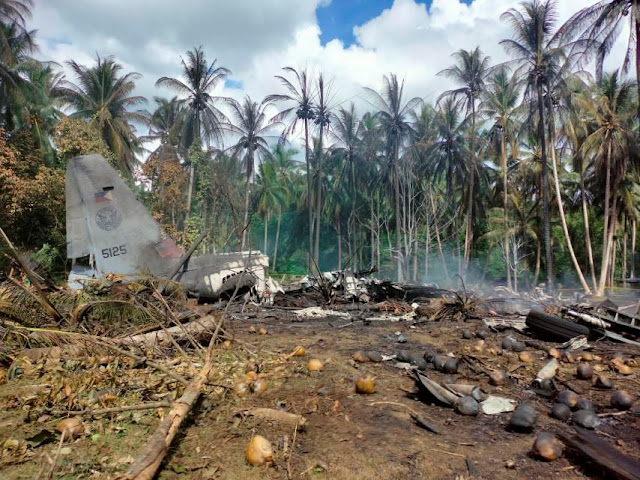 According to Philippine Army Chielf Cirilito Sobejena, A black box was retrieved last Monday and this could be of big help for the investigators to know what really transpired prior to the unfortunate incident.

Sobejena also said some survivors told him that nobody jumped from the plane before it hit the ground. The front of the plane was sliced open and that was when some of the passengers leaped.

The pilot, among those who died, tried his best to lift the plane but all was too late.  The right wing hit a tree. The plane was said to be it good condition. It still had 11, 000 flying hours left before its next maintenance schedule.