One morning, the Literature professor decides to check on how well his students comprehend a topic, know about the subject they are studying, and give reasons. He distributes the copies of the short story, “The Lady or the Tiger?” It goes like this in summary: 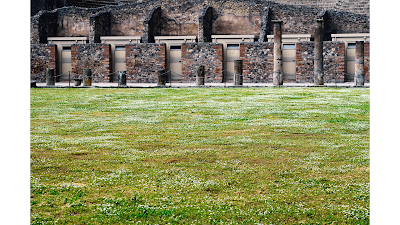 There lived a semi-barbaric king who had a fanciful nature. His word was the authority in his kingdom. He delighted in putting an end to things that he considered as disruptive and unpleasant. He displayed these all in his arena with the presence of his subjects through a public notice. This arena was where the accused criminals were put on trial without the presence of a jury. When the accused got inside the arena, the trial started. Instead of presenting evidence to defend the case, the accused was given a choice, and that was, to select between two identical closed doors, one at the right, the other at the left.

Behind one door was the fiercest tiger found in the kingdom. This animal was deprived of food after it was captured and brought to the arena. When the accused chose this, it meant the accusations are true and he met a sure death as the tiger devoured his flesh. The other door had a beautiful woman. Right after the accused opened this door, a wedding followed. The king had set all the necessary preparations for the marriage prior to the event, regardless of the situation if the accused was single or married for the judgment was then sealed, he was not guilty.

This king had a beautiful daughter whom he loved dearly. The princess was high-spirited and as imaginative as his father. She did not always obey her father especially when it is in matters of the heart. She loved a young man who is a courtier. They were happy. The king discovered it and put the young man in the arena. Either way, the young man had no way to continue the relationship with his daughter.

Upon learning of her lover’s situation, the princess did everything using her power, money, and influence to know which door had the tiger and which door had the lady. She succeeded and she found out as well the identity of the lady. She was a young and very beautiful lady, in fact, the most beautiful in the land. The princess knew that this young lady admired her lover who she thought felt the same towards her. The princess was full of jealousy.

The day of the trial came. There were more spectators than usual. The crowd applauded seeing the young and very handsome man. They were excited for the outcome of the trial-a savage punishment or a hilarious wedding between the young man and the lady behind one of the doors? The man did not mind the audience. He looked for the princess. Their eyes locked and he perceived that the princess knew what lay behind each door. As she motioned, the young man followed. He walked towards the door and opened it.

“And so I leave it with all of you: Which came out of the opened door,—the lady, or the tiger?”- Frank R. Stockton

The story’s genre is fantasy presenting an allegory. The king is vicious. His arena which is regarded as an agent of poetic justice is, in reality, a picture of injustice as justice is never achieved by chance. One theme that goes with it is trust versus betrayal. The young man puts his fate in the hands of the princess by trusting her. The princess, undoubtedly, loves the young man and bears the anguish in the no-win choice.

With these, resolve the issue.